CJ has been an integral part of the WAM fabric since joining in 2014. She has spearheaded the team’s outreach activities namely in the Miles4Michelle open water swim and USMS Adult Learn-To-Swim program. CJ’s never-ending quest to arm the region’s citizens with the skill of swimming and her contributions to the team’s success at competitions have made her the ideal candidate for this recognition. WAM thanks her for her continued service.

If there is an aquabike (or any other major swimming) race taking place anywhere in the world, you can bet that Mike is in the thick of it! A lifelong fierce competitor, Mike has been excelling since joining WAM in 2014. He currently holds 15 individual and 13 relay USMS National Top 10 Swims, 1 All-American Honor, and 38 team records. We are honored to have him with us as a guide to the younger Wammies, and wish him continued success.

A charter member of WAM, Gail has been the constant epitome of the WAM swimmer– ever-willing to volunteer, charming, focused, and hard-working. It comes as no surprise that Gail currently has 13 individual and 8 relay USMS National Top 10 Swims, and 72 team records. We are eternally grateful for the indelible mark that she continues to leave in shaping the structure of WAM and social swimming in Worcester, MA.

Alford has been involved with WAM since its founding in 2011. His roles have spanned both management and general membership of the club. A stickler for proper technique and a true competitor at heart, it is no surprise that Alford currently has 2 individual and 20 relay USMS National Top 10 Swims, 1 All-American Honor, and 29 team records. Alford, thank you for all of your service and guidance. All the best on your continued journey! 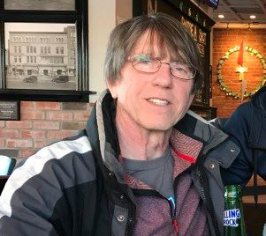 Integral to the founding of WAM and a constant guide in our continued growth, Dave was a natural choice to be inducted into our Hall of Fame on our 5th Anniversary. The ever vocal Dave has accomplished quite a bit while swimming for WAM- 22 USMS National Top 10 Swims, 43 team records, 1 All-American Honor, and 2 stints as WAM President. Dave is the first to be inducted into our Hall of Fame while still being a current member of WAM. We are indeed grateful for his contributions, and look forward to his continued service as pool thermometer, warmup watcher, coach heckler, and Fly/pull set challenger. 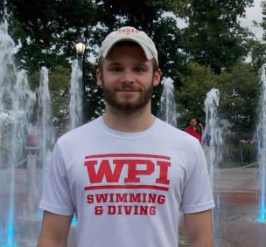 Spencer joined the WAM family in 2012. At the time of his departure from WAM, in 2015, Spencer had created a stellar record in masters swimming 31
USMS National Top 10 Swims, 26 team records, 3 All American Honors, and New England High Point Swimmer 2014. Spencer could always be seen helping fellow wammies with their technique, assisting with swim meet setup, or working on his massive gains. WAM owes a lot of its growth, smooth running, and accomplishments to Spencer. We wish him continued success on his new team. 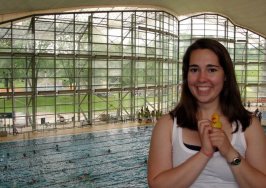 Former WAM coach and swimmer Alana Aubin burst onto the scene of masters swimming in 2012. Since then, she has been competing with the zeal and sportsmanship that is WAM’s hallmark. Alana made 22 USMS Top 10 swims and set 30 team records throughout her career. She also coached the team to 2 New England Champs Top 3 finishes. We express our profound gratitude for her contribution.

Dr. Alex ‘The Hazard’ Beeman joined our ranks during the late Winter of 2012. His effervescent personality was a welcomed early Spring after a harsh Winter. The “WAM Spirit Tatted Guns Master” has been very instrumental in keeping WAM on top. His achievements include: 6 USMS Individual Top 10 swims, 21 team records, and 1 Zone record. We thank Alex for his biceps and his many contributions to our group.

With 25 USMS Individual Top 10 swims, 34 team records, 2 Zone records, and 1 All American Honor, Chelsea was the ideal inaugural inductee into the WAM Hall of Fame. She is one of the eight founding members of WAM and has worked tirelessly to ensure that the WAM experiment is a success. Her quiet demeanor, focused and fearless drive, and commitment to her team had her being admired by all. We wish Dr. Bueter all the best on her current journey!

WAM is returning to WPI on Tuesday, September 6, 2022 following the Labor Day weekend!

WAM is returning to WPI on Tuesday, September 6, 2022 following the Labor Day weekend!